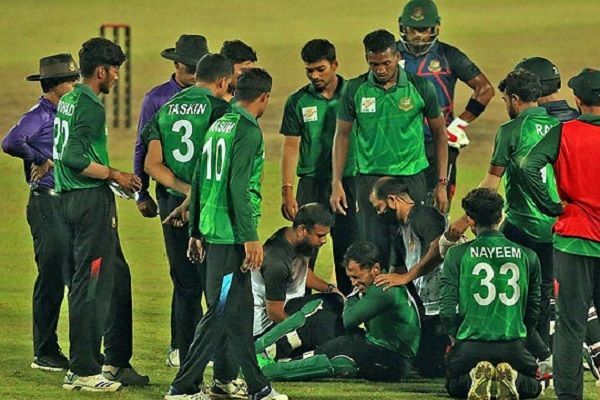 Mushfiqur Rahim, an experienced cricketer of the national team, was injured. The veteran batsman was injured while wicketkeeping against Tamim Iqbal XI in the BCB President’s Cup match.

Mushi suffered a shoulder injury when he was caught by Yasir Rabbi while wicketkeeping against Tamim XI in the ongoing President’s Cup. He left the field in great pain. However, the severity of his injury has not yet been confirmed.

BCB doctor Debashish Chowdhury said ice was given at the site of the injury. The hand is hanging. It is unknown at this time what he will do after leaving the post. This will be known after the test. He is currently under observation.
Mushfiqur Rahim is also great with the bat in this match. After losing 3 wickets for just 25 runs, Mushi came forward to save the team. He played an innings of 511 off 755 balls.