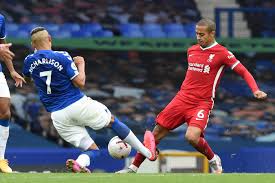 Liverpool are playing without Alcantara, Keita and Matip

Liverpool trio Thiago Alcantara, Nebi Keita and Joel Matip have been ruled out of their second match of the Champions League against Danish champions FC Mitzillan.

Keita will not be able to play in three matches due to coronavirus infection. Thiago and Matip, on the other hand, were injured against Everton in the Premier League. Liverpool boss Jurgen Klopp said: “The two are probably not playing in the second leg of the Champions League. Last week I said that nothing can be said about the injured players right now. But now I am forced to say that we have to think of organizing our team without them for a while more.’

However, goalkeeper Alison returned to the field in the 2-1 win over Sheffield United in the last match of the Premier League after recovering from a neck injury. Which brought great relief to the Reds. The Brazilian goalkeeper said earlier this month that he had been told he might be out of action for four to six weeks. But he returned to the team after three matches. Six hours of intensive treatment every day has brought him back to the field so quickly.