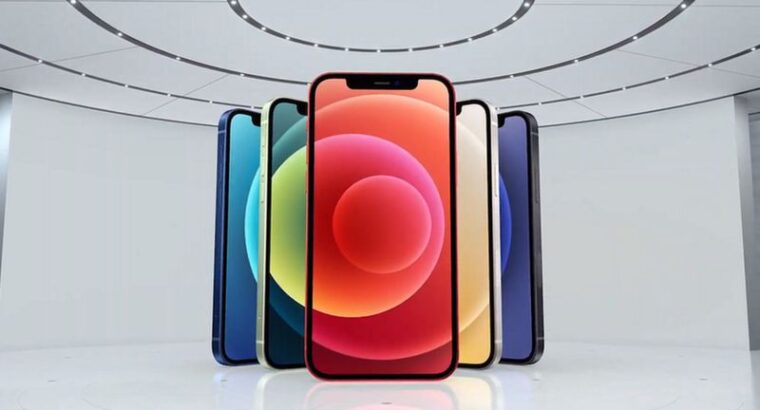 Apple has unveiled four new iPhone models with FiveG network. Apple has confirmed that the iPhone 12 is going to be their first handset to work on the Five G network.

The company has confirmed that this phone set will have a new ‘mini’ model, which will have a 5.4-inch screen.

Apple chief Tim Cook launched the online event on Tuesday, October 13, with the unveiling of the HomePod Mini device.

“Five G will add a new dimension to downloads and uploads. There will be many changes to this technology, including more high quality video streaming, more sensitive gaming, and more innovation in communication levels,” said CEO Tim Cook.

You can read more:

Spy hidden in your pocket phone

Smartphones folded in the evolution of mobile phones

And Apple has used A14 bionic chip in the new 12 nanometer process in iPhone 12. As a result, the iPhone 12 will have more speed and graphics than the iPhone 11 series.

Apple has also brought a new ‘MagSafe’ feature with the iPhone 12 series.

The company has added a magnet to the back of the device. As a result, the customer can easily place the device in the right place on the wireless charging pad.

And the edges of the new model of iPhone will be relatively sharper than the previous models.

The changes that are coming to the new iPhone

For the first time, no charger or headphones are being provided with the iPhone.

Apple said the decision was made to reduce the negative impact on the environment.

The screen will be larger in the more expensive iPhone 12 Pro model and new sensors will be used to take pictures in low light.

According to Apple, the iPhone 12 has the same 6.1-inch (15.5 cm) screen as the previous models, but is now using LED technology instead of LCD for brightly colored sets.

Apple says this makes it possible for them to make the new iPhone 11% thinner than before.

They also said that the screen of the new set has a higher resolution and ‘Ceramic Shield’ has been used to ensure the protection of the display, which will give ‘four times more’ advantage than before.

The more expensive models have been redesigned to include larger displays – the iPhone Pro’s screen is 5.8 inches to 6.1 inches and the Pro Max’s screen is 6.5 inches to 6.8 inches.

These sets are also equipped with ‘Leader’ (Light Detection and Ranging) scanners.

This creates a depth map for the environment around the phone, making autofocus ‘six times faster’ in low light.

These sensors can also be used for augmented reality, although not given much importance in this case.

Samsung launched the Galaxy S10 in 2019, which operates on the Five G network, followed by Huawei, One Plus and Google.

However, experts say that people are not very interested in those phones.

“Apple doesn’t usually bring new technology to market, they wait for a technology to mature and work on developing that technology for the convenience of users,” said Thomas Hassan of the research firm Forrester.

Apple has also released a new version of its smart speaker ‘Homepod Mini’.

It supports more wide range of voice commands. It also has a home intercom system.

Apple’s first HomePod was released in 2016, but so far it lags far behind Amazon and Google’s speakers.