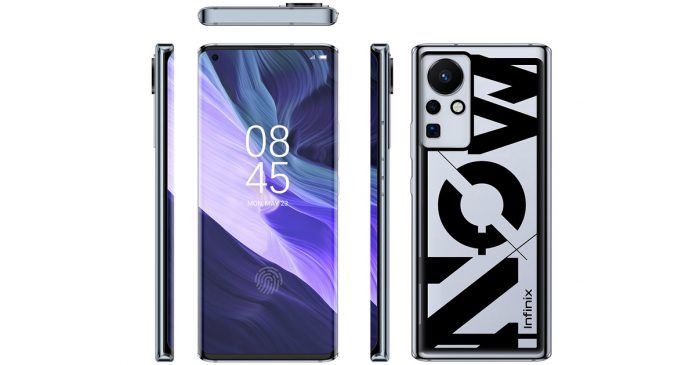 Infinix removed the screen from the top of the Concept Phone 2021 at the Mobile World Congress 2021 (MWC 2021) event. So far we have known the sub-brand of Transsion Holdings for launching budget and mid-range smartphones. However, in the best event of technology, Infinix has announced Concept Phone 2021 with 160W Ultra Flash Charge technology, which means that they are going to bring flagship smartphones in the next few years.

For those who find the Infinix Concept Phone 2021 something new, I would say that it is actually the Zero X smartphone that has been studied for the last few weeks. We thought we would see this smartphone launch soon. But now the announcement of the Infinix concept phone 2021 means that the Zero X is not coming to the market anytime soon (it goes without saying that the concept phone has not been launched commercially).

Although the design of Infinix Concept Phone 2021 is attractive, everyone’s attention has been drawn to its 160 watt ultra flash charge support technology. The company claims that this charging technology can charge a 4,000 mAh battery 0-100 percent in 10 minutes. As well as this the phone will support 50 watt wireless charging, which can be seen in a few flagship phones.

Ultra Flash Charge, in the language of Infinix, is built around an 8C battery. According to Infinix, the battery comes with 16 percent less internal resistance than the 8C battery.

The Infinix Concept Phone 2021 will have a 6.8-inch Full HD Plus AMOLED display. Curved designs can be seen on both sides of the display. Glass is used on the rear panel of the device. The two panels are separated by thin metal. No physical buttons are provided next to this device.

Infinix Concept Phone 2021 comes with color changing technology, so the color of the rear panel will change when charging or notifications / calls. The word ‘NOW’ is all over the rear panel. According to the company, it has 20 temperature sensors, which will help keep the phone below 104 degrees Fahrenheit.

The Infinix Concept Phone 2021 has a quad rear camera setup. Where a periscope lens is present. This lens will provide 80x digital zoom. Again there is an 8 megapixel sensor. Although nothing is known about the other two sensors. This phone has a punch hole display, cut out on the left, with a selfie camera.

This flagship phone comes with a 160 watt charging adapter. This charger is made of gallium nitrate and silicon carbide semiconductor. It will support multiple protocols, which will allow phones as well as laptops to be charged.

Use strictly correct info in the details of your ads. The reason getting more visitors highly. Dismiss